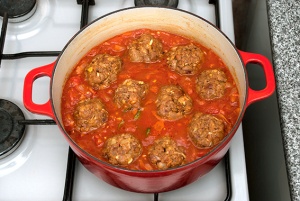 As the pheasant season is coming to a close and a brace of large birds is down to £6 in the market, I decided to experiment. Pheasant and other game can take a lot of spice without their own flavour being lost, so I made some fiery meatballs. No doubt this would be equally delicious with rabbit or chicken. 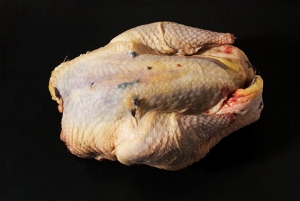 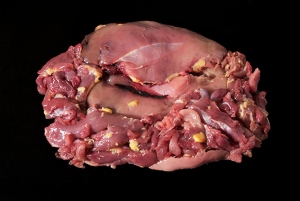 Skin the pheasant and remove all the meat – save the carcass for stock (freeze it if necessary). 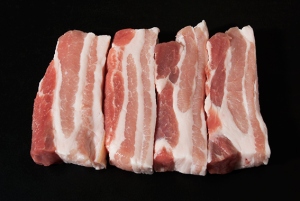 Game is generally quite lean, so it’s important to add some fatty meat, such as pork belly slices. If the belly comes with skin, cut it off and fry it until it’s crispy – it makes a tasty snack. You definitely don’t want skin in the meatballs. 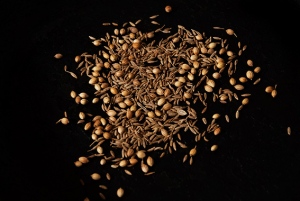 Warm the cumin and coriander seeds until they start to give off a delicate aroma. Grind them up in a mortar and pestle, while still warm. 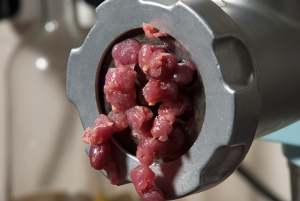 Put all the meat through a mincer. 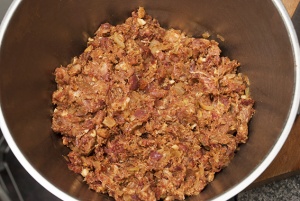 Mix all the ingredients together with your hands. 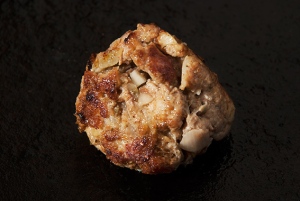 Before doing anything else, roll up a little ball of the mixture and fry it to check the taste. I added a couple more pinches of salt and pepper after testing. 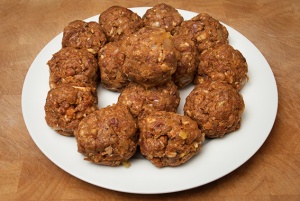 When you are happy with the taste, roll the mixture into balls with the palms of your hands. I got about 14 meatballs. Put these in the fridge for at least half an hour before cooking – it helps them bind together. In the meantime, make some marinara sauce. 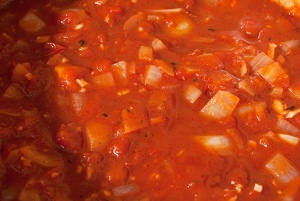 10 blanched and peeled medium tomatoes (or 2 tins)
1 large onion (chopped)
6 pieces of garlic (finely chopped)
2 or 3 squirts of tomato purée
a pinch of crushed chilli (optional)
a splash of red wine vinegar
half a glass of red wine
1 teaspoon rosemary, sage and thyme (a few sprigs of each), ground in a mortar and pestle with course sea salt and black peppercorns
a few bruised and torn basil leaves
a splash of olive oil for frying
sea salt and cracked black pepper (to taste)

In a large cast iron casserole, fry the onions until they go translucent, then add the garlic and chilli. Chop up the peeled tomatoes (or squash them in the pan with a potato masher) and put them into the pot with all the other ingredients. Cook gently for about 20 minutes. 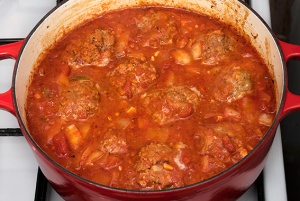 Once the sauce is right (do taste it), preheat the oven to 140ºC. Drop the meatballs gently into the bubbling sauce (don’t move them around or they will break up), put the lid on and transfer them to the oven. Using the oven like this will allow for gentle cooking and no sticking (which is likely on the hob). The meatballs will take about 40 – 60 minutes to cook and should be turned over about halfway through.

I had my pheasant meatballs with spaghetti and parmesan, but to be honest the pasta wasn’t necessary – next time I will just serve meatballs and marinara with crusty bread. I recommend a robust Spanish red, like Carta Roja Monastrell to accompany this. 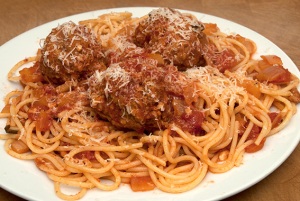 I only managed to fit 10 meatballs into the sauce, so I saved the remaining four, for lunch today. They were absolutely fantastic fried and sliced, served inside a sourdough baguette with sriracha sauce.